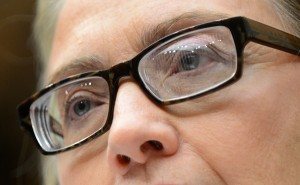 WASHINGTON, D.C. – Republican wasted no time Monday after finding out the state department will release thousands of pages of emails, some of which contain sensitive information.

The State Department said it will release 7,000 pages of Hillary Clinton’s emails which were sent during Clinton’s time as secretary of state. Reports now say that about 150 of the emails contained redacted information that was deemed sensitive by officials.

Republican National Committee (RNC) Chairman Reince Priebus issued the following statement in response to the latest round of Hillary Clinton emails released by the State Department, 150 of which contained classified information:

There did not appear to be an immediate reaction to the release of the emails from the Clinton campaign.

4 Responses to Republicans pounce on Hillary after more emails released