CHARLES CITY – A man running for the Charles City school board is in jail on a charge of sex abuse of a teen.

Floyd county deputies detained 59-year-old Douglas Lindaman at his home Thursday after a judge issued a warrant for his arrest on a charge of 3rd degree sexual abuse. The alleged crime took place in spring of 2011 against a 17-year-old boy.

Lindaman – who is being held on no bond in the county jail – is a convicted sex offender due to felony sex crimes he committed in the 1980’s but is eligible to run for office because his rights were restored. Since this latest arrest and alleged crime is only a charge and not convictions, his name won’t be removed from the ballot. 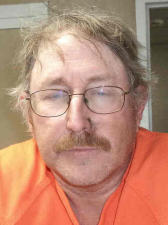