MASON CITY – Frightened motorists called 911 early Saturday morning to plead with authorities to stop a car that was southbound in the northbound lanes of Interstate 35, leading to the arrest of a Mason City woman.

Dispatchers received several calls Saturday after 2:00 AM alerting that there was a vehicle traveling southbound in the northbound lanes of Interstate 35, in rural Cerro Gordo county. Multiple law enforcement agencies became involved in the situation. Soon thereafter, Clear Lake police and Iowa State Patrol were able to locate and stop the vehicle in question near the 188 mile marker. Cerro Gordo deputies soon arrived on the scene, as well.

After an investigation, Samantha Jo Becker, age 23 of Mason City, was determined to be intoxicated and was arrested by the Iowa State Patrol and taken to the county jail. At the jail, a breath alcohol test was applied to one female suspect at 3:53 AM – the only test given after the arrest of Becker to a female, but the name was not released – and the result was 0.181 and 0.180. The legal limit is 0.08.

Becker was soon released from jail. 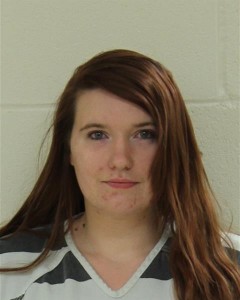