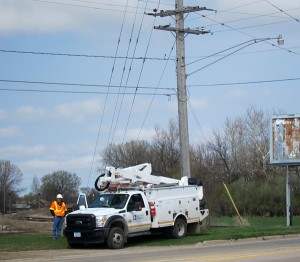 CEDAR RAPIDS – The Iowa Utilities Board has approved a rate plan for Alliant Energy’s Iowa retail electric utility customers that continues a three-year base rate freeze and includes customer credits through 2016.

“This plan benefits our customers, and we are pleased the IUB approved the joint proposal,” said Patricia Kampling, Alliant Energy Chairman, President and CEO. “Rate stability is important for our customers, and we’re proud that we’ve been able to keep our base rates stable since 2011.”

Other portions of the bill will continue to adjust based upon actual costs incurred for fuel to generate power and transmission costs.

From 2011 through 2014, Alliant Energy’s investment in Iowa’s electric system will be more than $700 million.

This approved plan offsets the cost of these investments with savings from the nuclear purchased power agreement that began in February 2014.