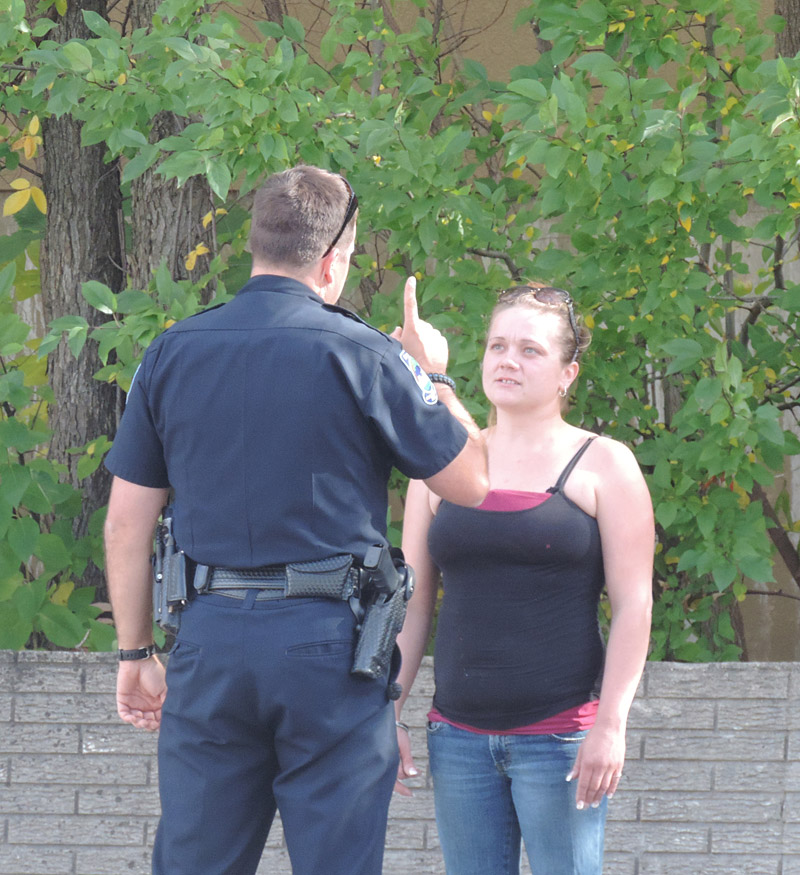 MASON CITY – A North Iowa woman familiar with the inside of a jail cell was busted Sunday afternoon for drunk driving, and her two compatriots weren’t happy about making the news and ended up in jail themselves.

A red Dodge Neon driven by Amber Lynn Ward, age 29, was pulled over at the Wendy’s fast food restaurant parking lot Sunday afternoon. Inside the car was her male companion, Brandon Ben Ward.

At the scene, Amber Ward was taken to the east end of the parking lot to undergo a field sobriety test. Meanwhile, Brandon Ward sat in the red Neon. Soon, a white pickup truck driven by 67-year-old Andrea Ellen Peterson arrived on the scene.

An nearby NIT reporter was confronted by Peterson, who used a vulgar word and said it was illegal to take her picture. Brandon Ward got out of the Neon with a small dog and got in the white pickup truck and proceeded to get out his pink cell phone and appeared to snap photos of the NIT reporter as he slouched down and hid in the truck. Peterson then got in the truck and waited to see what would happen with Amber Ward.

Amber Ward and the police officers were finishing a field sobriety test as she waved to NIT cameras. Then, she was given a breath alcohol test. A few minutes later, she was cuffed and loaded into a squad car. She was charged with operating while intoxicated, possession of drug paraphernalia, illegal possession of prescription drugs, and operating without a valid license. She was taken to jail and held on $2,000 cash or surety bond.

Evidently, an incident took place a few minutes later after NIT left the area to cover another story. Brandon Ward and Andrea Peterson had an interaction with police officers that led to both of them being handcuffed, arrested and taken to jail. Both were charged with interference with official acts. Peterson has been found guilty twice before of that crime. Ward has a lengthy criminal record and was arrested as recently as September 15.