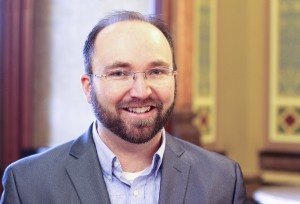 HAMPTON – Shawn Dietz, candidate for Iowa Senate District 27, has announced two key positions atop his campaign leadership team. Barbara Hovland of Mason City has been announced as Dietz for Iowa Chairwoman, and Chad Murray of Hampton as Campaign Treasurer. “Mrs. Hovland and Mr. Murray both share our campaign’s principles in securing Life, Liberty, and Happiness for the citizens of Iowa.” Dietz said in the announcement. “They also recognize that our government is currently too involved in our everyday lives and I look forward to working alongside them, and the rest of our grassroots campaign for less government, more fiscal responsibility and defending the principles articulated in both the U.S. and State of Iowa Constitutions.”

Hovland is a member of the Cerro Gordo County Republican Central Committee, and was most recently instrumental in organizing the success of the Cerro Gordo Republican fundraising event, held earlier this week, featuring U.S. Senator Ted Cruz (R-TX). Murray has served two terms as Franklin County Treasurer, and also serves his community as the current Grand Knight to the Knights of Columbus Chapter at St. Patrick’s Catholic Church in Hampton.

The Dietz for Iowa Campaign will be holding their next public event, a meet-and-greet campaign fundraiser on Thursday, March 27th at 7 p.m. at the Clear Lake Senior Center.

Shawn Dietz is the former Mayor of Hampton, and has spent the past four years working for a locally owned and operated media company in Hampton, currently serving as Program Director. In 2008, Shawn and his family personally felt the economic collapse that gripped the nation as the glass coatings factory where he spent four years as a quality control technician closed its doors.

Raised in the Butler County community of Dumont, Shawn graduated from Hampton-Dumont High School in 2000, and received an Associate in Science Degree, majoring in Sales and Marketing from North Iowa Area Community College (NIACC) in Mason City. Shawn and his wife, Alexis continue to live in Hampton where they are raising their three children.