NIT – A nationwide manhunt conducted by federal authorities for a man who they say created child pornography videos in which the female victim was less than 18 months old has ended with the arrest of an Iowa teen.

On Thursday, authorities arrested Kraigen Grooms of Ottumwa, Iowa on the charge of Sexual Abuse in the Second Degree, the Ottumwa Evening Post reported.

On Tuesday, U.S. Immigration and Customs Enforcement (ICE) announced that they were searching for a young adult male who produced child pornography in which he photographed himself engaging in sexual contact with an African American baby girl 12 to 18 months old. Authorities suspect that the video was made in April 2013.

ICE announced Thursday that the “John Doe” in the described in the March 18 news release was identified, located and arrested within 30 hours of the announcement.

The Ottumwa Evening Post said that Grooms appeared in court Thursday morning and was declared indigent and granted a public defender. Grooms will be tried as an adult. 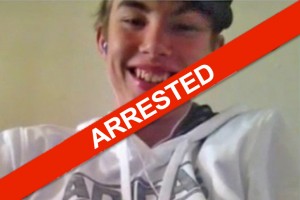