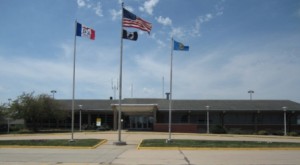 CORALVILLE – Authorities are investigating an assault this morning at the Iowa Medical Classification Center in Coralville.

According to an Iowa Corrections Department spokesperson, on March 12, 2014 at approximately 8:40 AM, staff at the Iowa Medical Classification Center (IMCC) responded to a disruptive offender in the Health Services Department. An offender was very agitated and loud, discussing his health care issues with a physician. The offender was beginning to leave the exam room but returned to argue with the Physician. Two correctional officers who were monitoring the situation from outside the exam room immediately entered to give the physician an avenue to escape the hostile situation. The physician and other medical staff were able to leave the area safely due to the correctional officers’ immediate response; however, the responding correctional officers were injured during the process of restraining the offender.

The two immediately responding correctional officers plus another responder (correctional officer) were initially treated by institutional health services staff. However, one officer was transported to University of Iowa Hospitals and Clinics (UIHC) via ambulance. He was able to walk to the ambulance and has returned to the institution. The second officer was to be seen at an outside clinic. The third officer’s initial treatment by IMCC Health Services Staff met his health care needs.

Because this matter is under investigation no further information is available at this time.