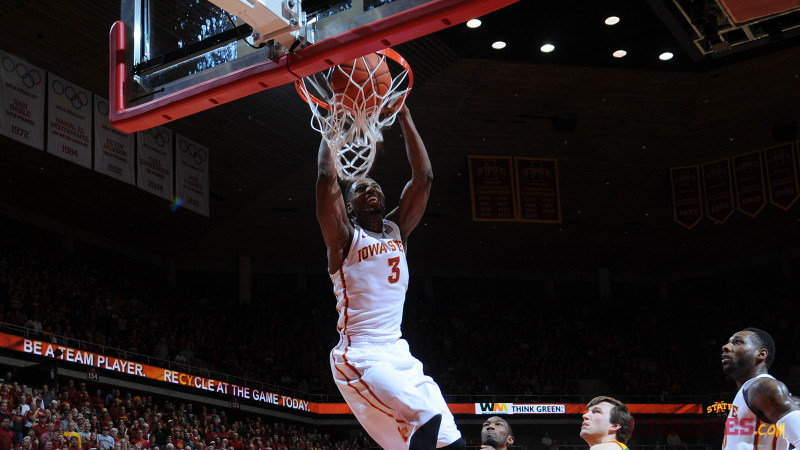 Ejim broke the Big 12 scoring mark with a career-high 48 points, the second-best single-game total in ISU history and the most points ever scored by a Cyclone vs. a league opponent.

ISU took a 16-6 lead with 9:55 left in the first half after Naz Long hit a transition 3-pointer. The Cyclones were able to move ahead primarily because of TCU’s poor shooting. The Horned Frogs opened the game at just 1-of-10 from the floor.

The Cyclones move ahead 32-16 late in the opening period after a Georges Niang trey, however the Horned Frogs ended the half with back-to-back treys to cut the halftime deficit to 32-22.

Ejim had 15 points and nine boards in the first period.

Ejim made sure TCU never got much closer the rest of the way.

Keys to the Game
Efficiency. The Cyclones, as a team, were a big part of Ejim’s outstanding afternoon. The Cyclones assisted on 27 of ISU’s 32 field goals in the game.

ISU’s 27 assists is the third-highest total of the season, as ISU made 53.3 percent of its shots from the floor, shooting above 50 percent from the field for the ninth time this season.

Discuss it now. Visit our Facebook page to have your say on the turning point of today’s game.

Cyclone Game Ball Goes to…
Melvin Ejim The senior made his presence known from the beginning, scoring 15 points and grabbing nine rebounds in the first half. Ejim’s 30th career double-double was already in the books with 13:57 left in the game.