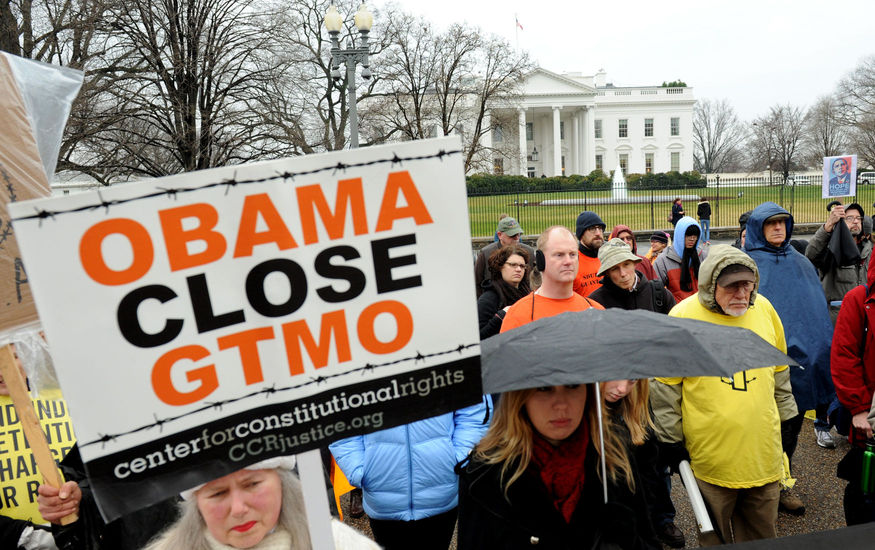 President Barack Obama says it’s time to rethink the prison camp at Guantanamo Bay, Cuba, because its operation is a stain on the national psyche and diminishes that for which the United States stands.

Since it opened in 2002, the prison camp has handled 779 prisoners, most of whom were captured in fighting in Afghanistan — not by U.S. troops but by Pakistani and Afghan troops, often in exchange for bounties of $5,000.

Eleven years later, 166 prisoners remain. A federal task force determined 46 of them needed to be held indefinitely but the rest could be released — or released with conditions.

“When I was campaigning in 2007 and 2008, and when I was elected in 2008, I said we need to close Guantanamo. I continue to believe that we’ve got to close Guantanamo,” Obama told a news conference last week to mark the first 100 days of his second term.

“I think it is critical for us to understand that Guantanamo is not necessary to keep America safe. It is expensive. It is inefficient. It hurts us in terms of our international standing. It lessens cooperation with our allies on counterterrorism efforts. It is a recruitment tool for extremists. It needs to be closed.”

Many members of Congress are opposed to closing Guantanamo and nixed a plan for the federal government to buy an unused Illinois prison to house the detainees — this despite the continuing federal prison incarceration of a number of terrorism figures, including Sheik Omar Abdel-Rahman, known as the blind sheik, who is a serving life term at the Butner (N.C.) Federal Correctional Institution for plotting the deadly 1993 World Trade Center bombing, and shoe bomber Richard Colvin Reid, who tried to blow up an American Airlines flight and is being held at the supermax prison in Florence, Colo.

“The notion that we’re going to continue to keep over 100 individuals in a no-man’s land in perpetuity, even at a time when we’ve wound down the war in Iraq, we’re winding down the war in Afghanistan, we’re having success defeating al-Qaida[‘s] core, we’ve kept the pressure up on all these transnational terrorist networks, when we’ve transferred detention authority in Afghanistan — the idea that we would still maintain forever a group of individuals who have not been tried, that is contrary to who we are, it is contrary to our interests, and it needs to stop,” Obama argued.

Maybe, Obama allowed, creating Guantanamo was the right thing to do in the immediate aftermath of the Sept. 11, 2001, terror attacks on New York and Washington, but more than a decade later, the issue needs to be revisited and the problems at the prison are only going to “fester” and “get worse” if the status quo remains.

At a subsequent news briefing, White House spokesman Jay Carney told reporters Obama can take a number of administrative actions to deal with the situation, among them appointing someone at the State Department to work on repatriating detainees to their home countries or sending them to third countries — a position that has been open for several years.

“We have obstacles that were thrown up by Congress that prevent us from — well, they refuse to provide the funding that would allow us to transfer detainees to incarceration facilities here in the United States,” Carney said. “And they have circumscribed our ability to take action on this front in other ways. So we have to work with Congress and try to convince members of Congress that the overriding interest here in terms of our national security as well as our budget is to close Guantanamo Bay.”

Carlos Warner, who represents 11 of the prisoners at Guantanamo, praised Obama’s position and said the president doesn’t need congressional approval to transfer prisoners if it’s a national security issue.

“The president’s statement made clear that Guantanamo negatively impacts our national security. The question is not whether the administration has the authority to transfer innocent men, but whether it has the political courage to do so,” Warner said in a statement.

One-hundred of the Guantanamo prisoners are conducting a hunger strike, with 23 of them being force-fed. The Miami Herald reported four of those being force-fed had been cleared for release years ago.

“We first heard of the hunger strike about six weeks ago when the U.S. military was denying it was even taking place. … The Guantanamo nightmare must end now,” he said.

Rep. Peter King, R-N.Y., has been among the most vocal in Congress arguing against closure.

“The prisoners are being treated better than American citizens in any prison I’ve been to in the United States,” said King, the ranking Republican on the Homeland Security Committee. “They’re allowed out of their cells for hours at a time — even the worst of the worst.”

He likened the prison to a Club Med for terrorists and. following a 2009 visit, called efforts to close it “misguided.”