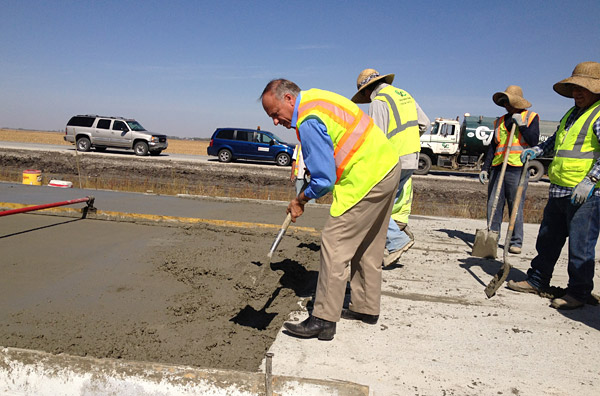 AMES – The Christie Vilsack campaign said Thursday that according to two polls, it has “has closed the gap with Steve King.”

“It’s a two-point race at 44-46 with less than six weeks to go, and we have the momentum,” the campaign stated.

The Vilsack campaign said the that there were two polls were released Thursday- an internal poll from GQRR (showing  two-point lead), and one from Public Policy Polling (showing  three-point lead).

Christie Vilsack is challenging incumbent Steve King for Iowa’s 4th Congressional District, which includes 39 of Iowa’s 99 counties in the northwest and north-central areas of the state.

“It’s crunch time. Early voting starts today,” the Vilsack campaign said in a release.  “This Sunday is our last end-of-quarter deadline, and our next opportunity to show we have the strength to bring this home.

“We can’t take anything for granted. We need this report to be huge news, too.”

King and Vilsack held a debate recently in Hampton and another Thursday night in Orange City, Iowa.  Another debate is scheduled for October 9th.

Meanwhile, King this week visited a section of Highway 20 between Rockwell City and Early that is under construction and nearly complete.

“King has been instrumental in helping to secure funds for the project during his time in Congress” King’s office said in a statement.  “Mainline paving of US 20, east of US 71, was completed today and the Congressman’s tour marked this important milestone.”