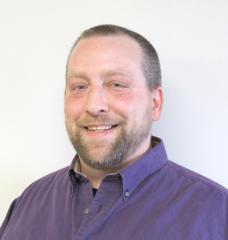 The charge was filed after an alleged incident on the same day.  Stock then plead guilty on May 25th and was given a $150 fine.

NorthIowaToday.com is also told that some Hampton residents were not happy after contacting Stock about the recent “MacGyver bomb” that some Hampton teens launched at a young child, saying he downplayed the seriousness of the situation.

In 2010, Stock was charged with violating a Hampton city code (HA/41.12) which prohibits “possible use or explode fireworks in city limits.”

Again in that case, Judge Andrea Miller accepted a negotiated guilty plea from Stock and he was fined $75.

Stock (pictured) was sworn in as a Hampton City Council member on March 13th, 2012.  He was elected in a special election to fill a ward 1 vacancy.  His term expires December 31, 2015.