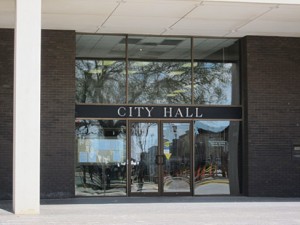 MASON CITY – The council and mayor will hold a work session Tuesday afternoon at 4 p.m. at City Hall.

On the agenda is TIF, or tax increment financing, a tool cities use to capture tax dollars away from the county and the school system.  The city can use all the tax dollars on any new development in a TIF district to fund future development.  In this case, the city wants to add 5 new areas to the newly-created unified TIF district in Mason City.  Currently, the state legislature is looking at ways to curb abuse of TIF by cities.

Also on the agenda is a discussion of the parking lot at 2nd Street NE and Federal Avenue.  Presumably, the discussion would either center around a development possibility or paving the lot sometime in the future; right now it is gravel.  Several nearby business owners have complained about the condition of the lot.

A discussion about adding a student ex-officio council member is on the agenda.

City Administrator Brent Trout has been in contact with Ames Assistant City Manager Bob Kindred on the matter.  In a letter, Trout tells Kindred that “my new council is helping a tremendous amount on my stress load” and goes on to say that the “school teacher that was elected” is interested in seeing a high school student “sit on our council.”   Trout was apparently referring to John Lee, who is a school teacher.

Lastly, the council and mayor will discuss a traffic study on 6th Street SW.

4 Responses to Council and mayor to hold work session Tuesday