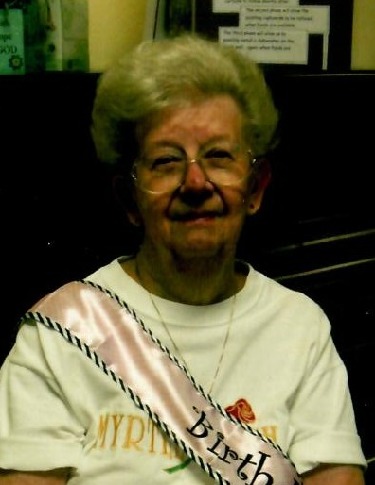 Marge finished her race on January 15, 2023 at the Rehabilitation Center of Belmond.

Let me introduce you to Marge Olson, 85, mother of Mark Olson and Dawn Divis and grandmother to Jeremy Anderson, Austin Anderson and Keaton Higgins.

Marjorie Ellen Olson was born on July 27, 1937 to Merrill and Hildegard Arnold at home. She was baptized at Immanuel Lutheran Church in Mankato, MN. She was later confirmed at Central Freeborn Lutheran Church, Albert Lea, MN in 1951 and graduated from Albert Lea High School in 1955. Later, she attended Winona State College and graduated in 1958, with a degree in Elementary Education. Marjorie frequently went by Marge or occasionally Midge in her younger years. In her words, she describes her life.

“Dad didn’t believe it was fitting for a woman to drive, and he was never reluctant to leave his farm work to take us wherever we needed to go”, confides Marge, remembering her early years on the farm in southern Minnesota. “In fact, my mother worked fulltime, sometimes split shifts starting at 5:00 in the morning, but Dad was happy to do the driving; he considered it to be the man’s responsibility. My sister and I also got sleigh rides in winter to the country school we attended. Later when in high school at Albert Lea, Dad believed that my responsibilities lay on the farm, so I was never involved in any groups or attended after-school activities.”

It wasn’t until Marge had earned her teaching degree and was employed in the Albert Lea school district that she met Larry Olson. Like his father, Larry was a farmer. They were united in marriage on August 17, 1963 at Central Freeborn Lutheran Church in Albert Lea, Minnesota. They settled in to their own farm life near Northwood, and in one month’s time, Marge was expecting their first child. This of course required trips to the doctor, but unlike her father, Larry declared he was not about to leave the fields to run her back and forth for my appointments. ‘You’re going to learn to get behind the wheel’, he informed her. But at eight months pregnant, Marge could barely squeeze behind the wheel! Nevertheless, she read the book, passed the test, and was driving the next day.

They had two children, Mark and Dawn, while farming and she eventually traded her teaching position at Rockwell Elementary for a job at Fleetguard Manufacturing in Lake Mills, which she held for 25 years. At that point Larry contracted Muscular Dystrophy, and she was needed at home to care for him. They were grandparents by this time, though not even his wheelchair and medical needs could keep them from attending their events in Belmond. Jeremy, Austin, and Keaton were the light of their lives, and she continued to be a very proud grandmother.

Sadly, Larry passed away in 2003, just shy of their 40th wedding anniversary. After moving to Belmond, Marge began stepping out into the community. For ten years she was a volunteer at the elementary school where she listened to students practice their reading. She also enjoyed ten years of sewing with the Prairie Quilters; in fact, each of her grandsons and nieces and nephews have a handmade quilt of their own-with special colors picked just for them.

In her later days you would have found Marge enjoying one of her novels of the Old West or happily engaged with Jeopardy and The Price is Right. It may surprise you to know that she was a die-hard NASCAR fan and has taken many bus trips with friends and to various race tracks around the country, including the Talladega Superspeedway in Alabama…even her daughter knew not to call on a Sunday afternoon, because she would be glued to the races! Marge also enjoyed reading and word search puzzles, as well as continuing to support her grandsons. She also was a fan of the Iowa Hawkeyes and the Green Bay Packers, as Larry was a die-hard fan. She is remembered as being spunky in her end days by her caregivers and family. Marge finished her race on January 15, 2023 at the Rehabilitation Center of Belmond.

A funeral service will be held at 11:00 a.m. on Friday, January 20, 2023 at First Lutheran Church in Northwood with Rev. Becky Sogge officiating. A visitation will be held one hour prior to the service. Burial will take place at Sunset Rest Cemetery in Northwood.

Memorials may be donated to the nascarfoundation.org which helps to support children’s medical needs or the Muscular Dystrophy Association in honor of Larry Olson.