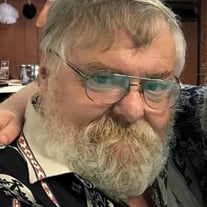 Visitation for Dick will be held Sunday, January 15th, 2023, from 1:00 p.m. to 3:00 p.m. with a funeral service following at 3:30 p.m., all held at Ward Van Slyke Colonial Chapel, 310 1st Ave. North, Clear Lake, Iowa with Mark Doebel officiating. A private family graveside service will be in Clear Lake Cemetery, Clear Lake at a later date.

Richard Dean Fessler was born October 11, 1950, in Mason City, the son of Lloyd and Dorothy (Farrow) Fessler. Dick graduated in the class of 1969, from Rockwell Swaledale High School. Dick furthered his education at North Iowa Area Community College. During a dance at the Surf Ballroom, Dick met the love of his life Judy. On June 20th, 1970, Dick was united in marriage to Judy Paulette Paine in Clear Lake; to this union two sons were born.

Dick and his brother David farmed The Fessler family farm in Swaledale. Through the years they milked cows, raised cattle and hogs along with row cropping corn and soybeans. Dick and David were owner and operators of their trucking business. For many of the millions of miles driven, they were hauling livestock for Bonner Trucking in Swaledale. Later they switched to Fessler Trucking with refrigerated cargo and reefers. Over the last few years Dick enjoyed returning to his roots in farming with his son and granddaughter. Work hard, play hard were words to live by. Dick and Judy along with their friends and family traveled thousands of miles across the country on motorcycle/camping trips.

Dick better known as “Pops” to everyone enjoyed snowmobiling and boating. Since the early 2000’s their passion has been ATV-four-wheeling vacations, with family and friends. Pop’s greatest love was spending time with his grandchildren; he was rarely was seen without his dogs! Pops was known in the family for helping teach his children, grandchildren, nephews and one niece how to drive. Dick was a member of the Swaledale United Methodist Church.

Dick is preceded in death by his parents Lloyd and Dorothy Fessler; parents-in-law Ruth (Glen) Willis; father-in-law Paul Paine; brother-in-law Gary Paine along with aunts, uncles and other relatives.