All-American Caitlin Clark finished the day with a season-high 45 points, six boards, and four assists. It was the fifth time in her career she has scored 40 or more points. She set a new Carver-Hawkeye Arena record for points in a game, breaking the previous record of 43 set by herself last season.

Clark has score 30+ points twice this season and 24 times in her career.

Clark leads the country in games with 25+ points, 5+ rebounds, and 5+ assists. She has done that six times this year.
Clark had 24 points at the break going 10-of-15 from the floor.

Clark’s 24-point halftime total was the eighth time this season she scored more than 20 points this season and 58th time in her career.

Clark has registered 25 or more points in seven of her last 10 starts for the Hawkeyes.

Clark is the only player in the country with more than 200 points, 45 rebounds, 45 assists, and five steals.

Coming into tonight’s game Clark is the only player in the nation averaging more than 20 ppg, 6.5 rpg, and 6.5 apg. If Clark holds that production for the entire season, it would be a first for NCAA Division I women’s basketball.

McKenna Warnock was the only other Hawkeye in double figures with 15 points, which matched her season high.

Freshman Hannah Stuelke finished the day with seven points, shooting 3-4 from the floor.

Iowa welcomed 8,250 fans into Carver-Hawkeye Arena which set a season-high for attendance in 2022-23.

It was Iowa’s third straight game on National Television.

UP NEXT
The nationally ranked Hawkeyes are set to travel for its Big Ten opener at Wisconsin. Tip-off in Madison is set for 1:01 p.m. (CT) inside the Kohl Center. The game will broadcast on B1G+ and on the Hawkeye Radio Network 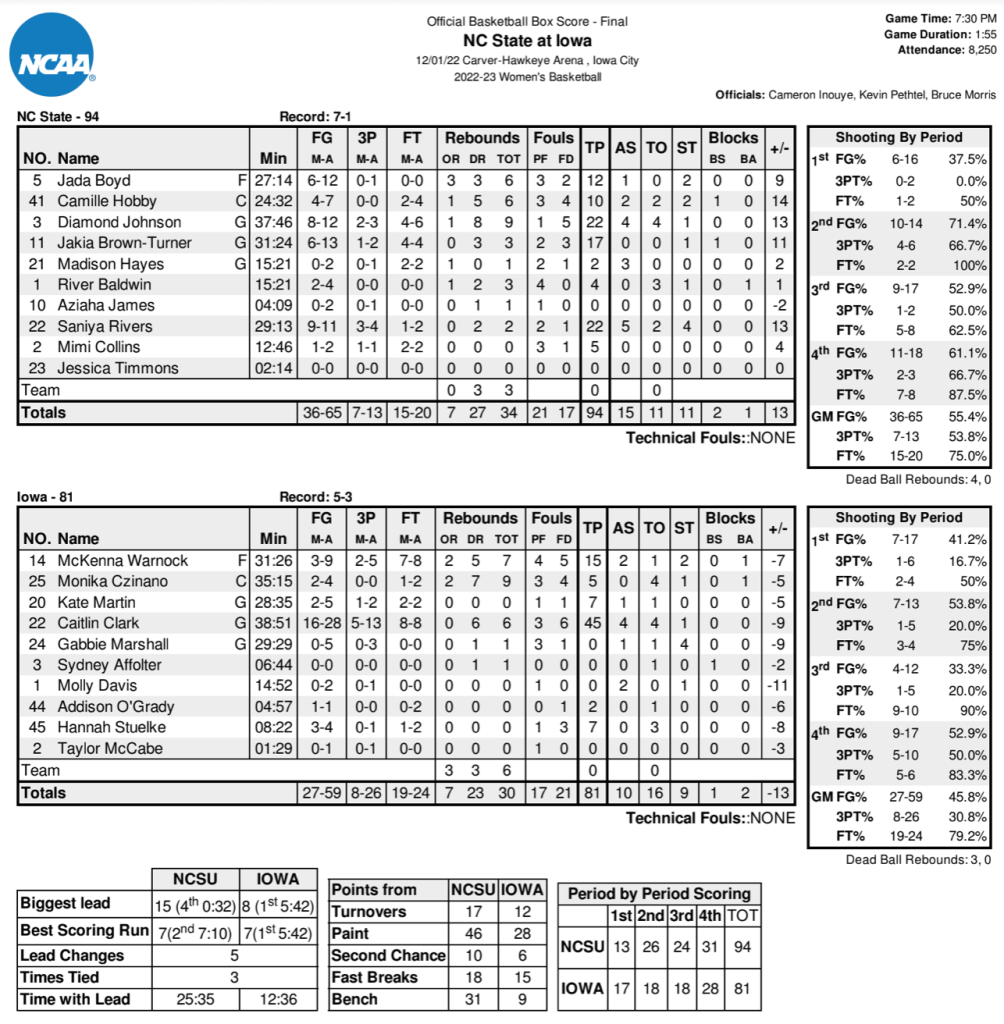