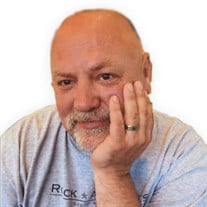 Loren Francis Lappe, 56, of Clear Lake, IA, passed away unexpectedly on November 25, 2022, at his home in Clear Lake.

Loren Francis Lappe, 56, of Clear Lake, IA, passed away unexpectedly on November 25, 2022, at his home in Clear Lake.

For those not able to attend, the service will be livestreamed on the Ward-Van Slyke Colonial Chapel Facebook page at the time of the service.

Loren was born on December 1, 1965, in Forest City, IA, son of Robert Lappe and Katherine (Franklin) Shepard. He attended and graduated from Forest City High School with the class of 1984. He attended college courses at NIACC. He then went on to serve in the United States Air Force where he served in Operation Desert Storm. Loren welcomed his son Peyton Tristan Lappe. He spent over 5 years working as a medical administrative specialist and earned the rank of Sergeant. Loren was honorably discharged in 1991. After his time in the Air Force, Loren worked at 3M and most recently at Eaton.

Loren was united in marriage to Debra L. Kopp on June 25, 2016. They resided in Clear Lake, Iowa with their sweet dog Jazzi.

Loren enjoyed golfing, fishing, football and cribbage. You could always find him watching a Steelers game if it was on. He also enjoyed playing games on the computer and reading. Loren loved spending time with family and friends.

Loren was preceded in death by his mother and stepfather, Katherine and Ed Shepard, and grandparents; Ovadia and Chuck Franklin; and Matilda and Lawrence Lappe.