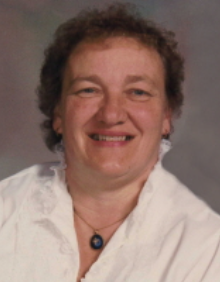 A private family funeral service will be held at Hauser Weishaar Funeral Home in Charles City with Pastor Russ Leeper from Saint John Evangelical Church officiating. Burial will be at Riverside Cemetery in Charles City.

Verla June (Kamin) Heller, the daughter of Eldo and Rena (Kalke) Kamin, was born October 19, 1936 in Charles City, Iowa. She was educated in Charles City and graduated from Charles City High School in 1955.
Verla was united in marriage to Robert “Bob” Heller on June 18, 1955 at Saint John Evangelical Lutheran Church. The couple made their home in Charles City before moving to the family farm in 1963 where they continued to raise their family. Verla worked at Oliver for a short time, Montgomery Ward for several years and finally as a cook for 25 years at the Floyd County Medical Center.

Verla loved to garden (both vegetable and flower), can her produce, cook for family and friends, make wine, listen to player pianos and collect anything to do with the Pillsbury Dough Boy. She was a member of the Help Thy Neighbor Club, was a 4H Leader for several years, enjoyed going out dancing with Bob and played cards with their card club. Verla was a very hard worker who was generous with her time and treasures in life. She will be missed greatly by all those who loved her.

Verla was preceded in death by her parents; husband, Bob in 2010; son-in-law, Ferlin Jensen; and two sisters: Norma Kamm and LaVonne Head.