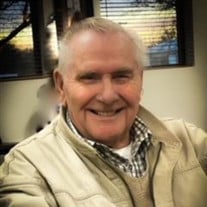 His family will hold a celebration of life in his honor in the future.

Roland Ross Miller was born December 22, 1941 at his grandmother’s home in Nora Springs, the son of Freeman and Mary Jane (Davison) Miller. Growing up on the farm in rural Nora Springs, Roland attended Rock Falls Schools, later graduating from Nora Springs-Rock Falls High School. Soon after he entered into the United States Navy, serving for four years before his honorable discharge. When he returned home he began his craft as a carpenter, working for himself as RM Construction, and most recently for Platts’ Construction as a master carpenter, retiring in 2001.

Roland was a creature of habit, making his weekly stops to Pie’s and More and multiple daily visits to Maid Rite. He was able to carry the shop through its many generations: Shills, Pro’s and Awe’s, making friends with everyone who came in. He loved watching sports, whether it was the kids or professional teams, and was constantly rooting for the underdog. Roland never missed a birthday, and took great pride in hand delivering cards on your day, even if it meant tracking you down around town. Times spent with family and friends brought him happiness, and his way with words will not soon be forgotten. His greatest joy in life was becoming a grandfather to his many beloved grandchildren and was known to keep an extra chair in the car, just to make sure he never missed a game. He loved them with all of his heart.

Preceding him in death are his parents, grandparents, and special aunt, Shirley Stoltenberg.