Patrick McCaffery’s 21 points are a new career high, besting his previous high of 19 versus Nebraska in 2021.

Iowa committed just four turnovers, equaling the third fewest in a game by the Hawkeyes in the Fran McCaffery era and fewest since Nov. 29, 2021 at Virginia.

Murray surpassed 20 points for the third time in his career.

Payton Sandfort has made three 3-pointers in each of Iowa’s first two games.

Tony Perkins dished out a game-best six assists. The junior guard has had 5+ assists in each of Iowa’s first two contests.

Iowa had scoring runs of 16-0, 11-0 and 10-0 tonight. The 11-point scoring spurt closed the first half. The Hawkeyes scored 16 straight points after North Carolina A&T netted the first basket of the second half.

Iowa returns to action Wednesday, Nov. 16, at Seton Hall in the Gavitt Games. Tipoff is slated for 6:30 p.m. (CT) at the Prudential Center in South Orange, New Jersey. 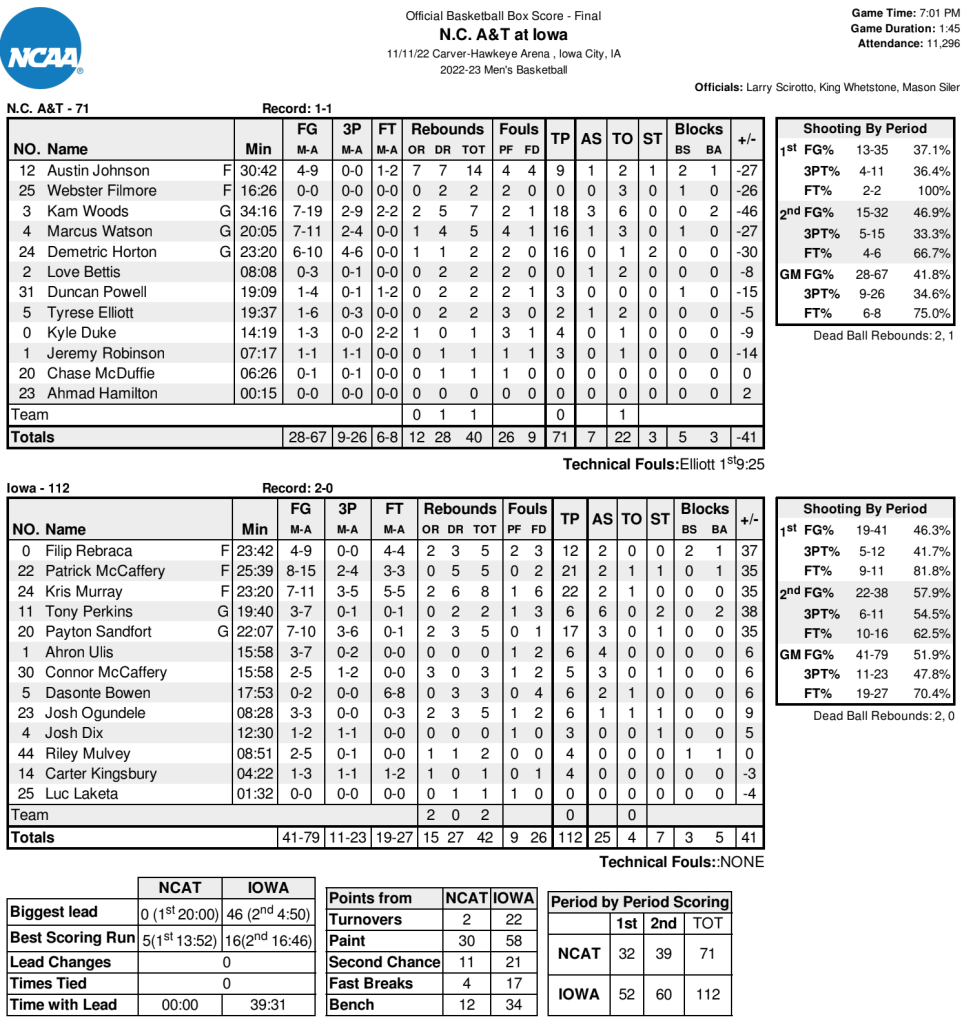