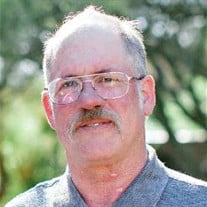 James was born on December 12, 1957, in Seattle, WA, the son of Keith and Betty (Whitmore) Walsh. He was raised in Anchorage, AK, where he attended and graduated from high school. James met and married Elizabeth Sires, together they had two sons. Later on the couple divorced, the children moving to Arizona and James moving to Pittsburgh. James spent his work life partaking in several different trades, plumbing, pipe fitting and mechanics.

In James’ younger years he enjoyed racing and building stockcars. He loved the adrenaline that racing brought. Once he no longer could race the cars he took thrill in just watching from the sidelines. James was also an avid fan of the Pittsburgh Steelers.

Those left to cherish memories of James are his children, Jason Walsh of Fort Worth, TX and Robert (Lauren) Walsh of Phoenix, AZ; mother, Betty Walsh of Mason City, IA; sister, Vicki Liebelt of Taylorsville, UT; as well as other extended family members.

James is preceded in death by his father, Keith; and brother, Tom.