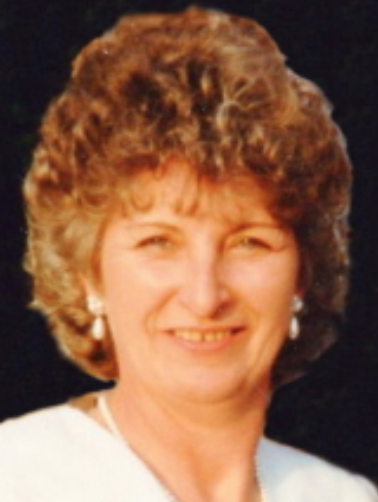 Anna Magdalene Halverson age 77 of New Hampton, IA passed away peacefully, surrounded by her family, on Thursday, October 27, 2022 at her home.

Anna Magdalene Halverson age 77 of New Hampton, IA passed away peacefully, surrounded by her family, on Thursday, October 27, 2022 at her home.

A private family service will take place at a later date.

Hugeback-Johnson Funeral Home & Crematory in New Hampton has been entrusted with Anna’s arrangements.

Anna was born on October 6, 1945 to John and Anna Maria Drosse in Rhaunen, Germany, where she grew up with her nine brothers and sisters, and throughout her life, she was exceptionally close to her siblings. Sundays was designated for phone calls with her family.

She married Ronald “Butch” Hildesheim, a U.S. Air Force mechanic stationed at Hahn Air Force Base, on January 29, 1964, and their first daughter, Patty, was born in Germany. When her husband received his honorable discharge, the family moved to the United States. To the marriage, four additional children were born — Sandy, Sonya, Terry and Becky. The family first lived in Sleepy Eye, Minnesota, before moving to Goldfield and then settling in Nashua. She and Butch later divorced.

Anna married Tom Halverson on May 29, 1992 at the Little Brown Church in Nashua. Tom and Anna first made their home in Fort Atkinson before moving to New Hampton in 2004. They enjoyed time with family and friends. Anna loved to cook, bake, garden and visit with her family members. Her homemade bread, potato salad and cinnamon rolls were exceptional; then again, anything she baked was delicious. She also had much love for her dogs.

Anna is survived by her husband Tom of more than 30 years; her children Patty (Todd) Burkle of Monona, Sandy (Bill) Harrington of Nashua, Sonya (Dale) Matthews of Waverly, Terry (Shawna) Hillesheim of Nashua, and Becky (Brad) Babcock of New Hampton; 13 grandchildren; 11 great-grandchildren; her siblings, Katharina, Kurt, Marianne, Gretel and Manfred; and many nieces and nephews.

She was preceded in death by her parents, John and Anna Maria; and four siblings, Hanswerner, Paula, Heinz, and Peter.