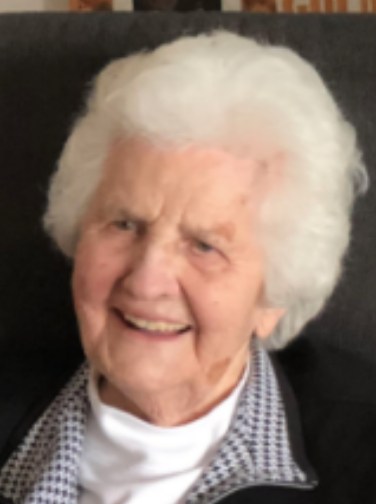 Inez Viola Winters was born on February 21, 1929 in Hollandale, Minnesota to Glenn and Tillie (Schoon) Lewis. On October 14, 1951, Inez was united in marriage to Stanley Winters in the Little Brown Church in Nashua. She was a member of the First United Methodist Church in Iowa Falls.

She was preceded in death by her parents, son-in-law Rick Cognasi, brothers John and Bennie Lewis, sister Anna Mae Abbas, and brother and sister in infancy, Frances and Everett Lewis.