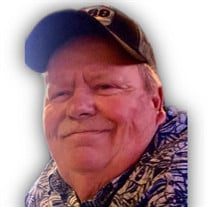 Randy was born on February 22, 1952 in Mason City, IA, the son of John L. Jr. “Bud” and Doris (Hagen) Smith. He was a graduate of Nora Springs Rock Falls High School. On February 8, 1974, Randy married Candace Wedderspoon at the St. Luke Lutheran Church. The couple were born on the same day and year in two different cities, it was as if they were made for each other from the start. Candy was the light of his life. Together, Randy and Candy had two children, Jason and Carrie.

Being a mechanic is something that came as a natural skill to Randy. He worked honorably at McKiness Excavating Inc for over 35 years. His coworkers at McKiness were his second family.

In his free time he enjoyed traveling with his family, seeing the National Parks, playing cards and going to the casinos. Being a mechanic he liked spending time in his own garage which also was the family pool room. Randy was known to be a pool shark, and was always up for a game. He also was very proud to have a 68’ Cadillac Fleetwood and a 79’ Red Corvette. Randy hadn’t seen any of the oceans up until the past five years when he and Candy traveled from coast to coast in the car. Randy was known to help anyone in need no matter the circumstances. His great wisdom and sense of humor will be greatly missed.