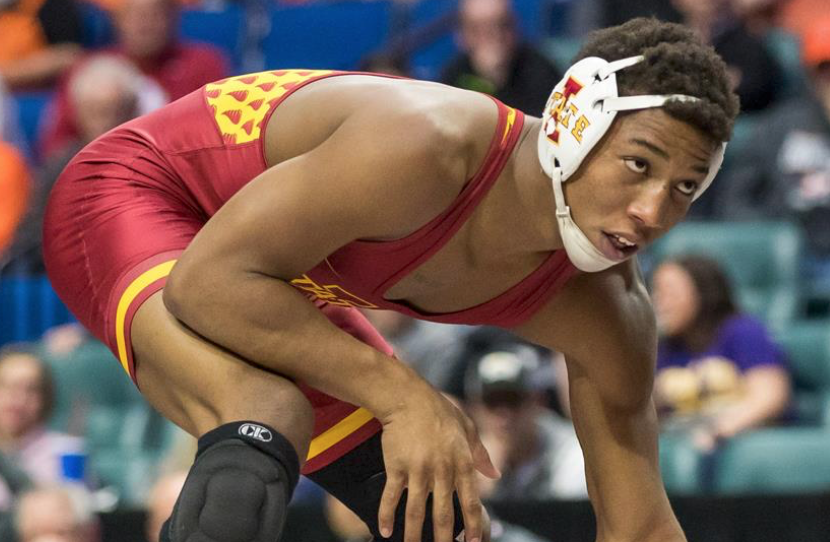 AMES – David Carr has traveled overseas to wrestle at the U23 World Championships in Pontevedra, Spain this weekend.

AMES – David Carr has traveled overseas to wrestle at the U23 World Championships in Pontevedra, Spain this weekend. Carr, also a member of the Senior US National Team, will compete at 74kg in the men’s freestyle competition for Team USA.

The men’s freestyle draw took place Thursday morning and Carr will begin his quest for a third world medal in the 1/8 final, facing the winner of Diego Antonio Sandoval Zarco (MEX) and Sonny James Santiago (PUR). Qualification rounds are scheduled for Saturday, Oct. 22 at 3:30 a.m. (CT).

“There are a lot of people behind the scenes that have helped me get ready for this,” Carr said. “I’m looking forward to it. I’ve wrestled at cadet worlds, junior worlds and now U23 worlds. I just want to keep moving up.”

The Canton, Ohio native is the first Cyclone to compete at the U23 World Championships. He looks to add another international medal to his collection after winning a U20 World gold medal in 2019 and a U17 World bronze medal in 2016.

Carr made a brief appearance in InterMat’s international rankings in August, checking at No. 18 after winning the Waclaw Ziolkowski in July.

FloWrestling flushed out Carr’s biggest challengers in Spain, here, including Azerbaijan’s No. 15 Khadzhirmurad Gadzhiyev who Carr defeated en route to his U20 world gold.

“This summer was the best training cycle I’ve had,” Carr said. “I got to go to Colorado Springs a few times this summer and train at the Olympic Training Center. It just tells me I’m right there with the best guys in the world.”

A full schedule of events and live stream of the U23 World Championships are available at FloWrestling.