AUSTIN, TX – Iowa State was not able to hold off Texas Saturday in a Big 12 Conference road game, despite taking an early lead in the game.

A field goal was the difference in this contest. Iowa State scored back-to-back touchdowns to take a 21-17 lead with under 11 minutes to play in the fourth quarter.

However, a late fumble with Iowa State driving all the way to the Texas 28-yard line ended Iowa’s State’s hopes of an upset.

Iowa State next faces Oklahoma on October 29 in a home game. 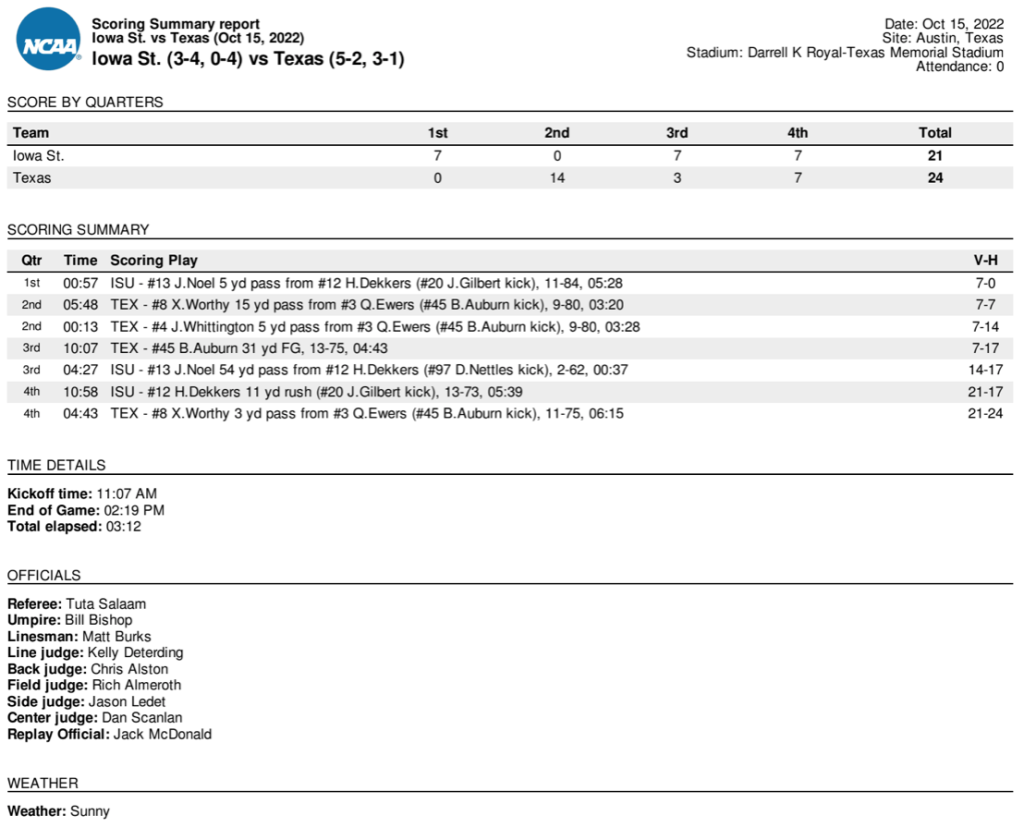 Hunter Dekkers
*His 54-yard touchdown pass to Jaylin Noel was the longest pass play of his career.
*Finished with a career-high 359 yards of total offense.
*Had a career-high 329 yards passing, the fifth 300-yard game against Texas in Iowa State history.

Trevor Downing
*Made his 20th-straight start, the third-longest active streak on the team.

Will McLaughlin
*Made his first career start, finishing with two tackles, including one for a loss.

Drake Nettles
*His third quarter extra point was the first kick made of his career.