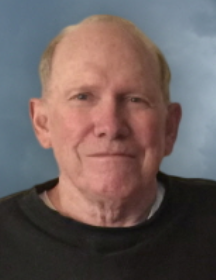 Keith Allen Seely was born October 2, 1946, in Algona, Iowa, the son of Bert and Helen (Meyer) Seely. He grew up in Whittemore where he attended St. Paul’s Lutheran School and later went on to attend the Algona High School, graduating in 1964.

On September 4, 1966, Keith was united in marriage to Kendra Seely at St. Paul’s Lutheran Church in Whittemore.

In February of 1966, Keith joined the United States Air Force. While serving he was stationed in California, Thailand, Texas, Germany, Colorado and Nebraska. After 25 years of service, he retired and was honorably discharged in 1991, as a Chief Master Sergeant. After retirement he returned to Whittemore and completed programs in carpentry and small engine repair through ILCC. Keith later went to work for the United States Postal Service from 1996 to 2008, when he retired again. They later moved to Algona in 2012.

Keith’s family was his main focus and everything he did was for them. He enjoyed following his children and grandchildren in all their activities and events. He also enjoyed woodworking, gardening, Nascar, refinishing furniture and going out hunting for antiques. He was a member of the American Legion Seely-Walsh Post #425 of Whittemore and St. Paul Lutheran Church, serving as a past Trustee.

He was preceded in death by his parents; sister, Karen and Bruce Smith and a niece, Natalie Smith.