U.S. calls out Russia for “sham referenda” in Ukraine territories 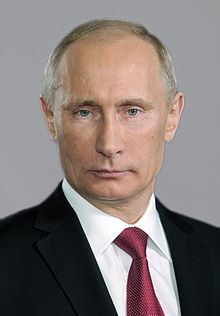 WASHINGTON, D.C. – Russia is in chaos as it chases men through the streets of their cities and towns and sends them to fight without training in a war that has gone horribly wrong for them in Ukraine, but that hasn’t stopped them from attempting to annex eastern territories there, and the the U.S. is calling the terrorist nation out for its hijinx.

The Kremlin’s sham referenda are a futile effort to mask what amounts to a further attempt at a land grab in Ukraine. To be clear: the results were orchestrated in Moscow and do not reflect the will of the people of Ukraine. The United States does not, and will never, recognize the legitimacy or outcome of these sham referenda or Russia’s purported annexation of Ukrainian territory. This spectacle conducted by Russia’s proxies is illegitimate and violates international law. It is an affront to the principles of international peace and security.

Russia has forced much of the population in areas it seized to flee and compelled Ukraine’s citizens that remained to cast ballots at gunpoint, in fear for their safety, and the safety of their loved ones. Ukraine’s people have consistently expressed their desire for a free and democratic future. They want their country to remain independent and sovereign. Their soldiers are fighting bravely, and citizens in Russia-controlled or occupied areas of Ukraine are resisting Moscow’s efforts to change Ukraine’s internationally recognized borders by brute force.

The United States and our allies and partners will continue to assist Ukraine in its fight to defend its territory against Russian aggression. We wholeheartedly support Ukraine’s unity, sovereignty, independence, and territorial integrity within its internationally recognized borders. As President Biden has said, we will never recognize these areas as part of any country other than Ukraine, and we will support Ukraine for as long as it takes.