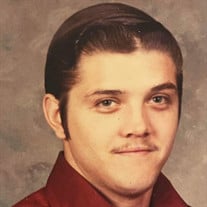 Edward Neal Hutchens, 71, of Waterloo, passed away surrounded by his loving family on August 10, 2022 at the MercyOne North Iowa Hospice Unit in Mason City, Iowa.

Edward was born in Waterloo, Iowa on February 11, 1951 to George and Calla (Young) Hutchens. He grew up in Waterloo, but also spent time living in Colorado, Arizona, and other parts of Iowa. He was a graduate of Waterloo West High School in 1969. He wrestled in school. He was also known by his nickname, “Fast Eddie”.

After finishing school, Ed would go on to work a variety of jobs including driving for Armored Car, John Deere, and would eventually retire from Durham School Bus Services in Iowa. He loved Westerns, especially starring Clint Eastwood. His favorite song was “House of a Rising Sun” by the Animals, and he was an avid collector of memorabilia. Ed loved the Minnesota Vikings, Phoenix Suns, Minnesota Twins and NASCAR.

Ed will always be remembered as a beloved father, grandfather, brother, uncle and community member. He will be missed for his lighthearted attitude and loving spirit.

Edward is survived by his partner of forty years Pamela See; one sister Marylin Hutchens; two daughters Paula Valenzuela and Brenda Reyes; along with many nieces, nephews, grandchildren and great-grandchildren.

A Celebration of Life will be held at Grace Reformed Church (520 Maxwell St. Waterloo, Iowa 50701) on Saturday August 20th from 12pm to 3pm.