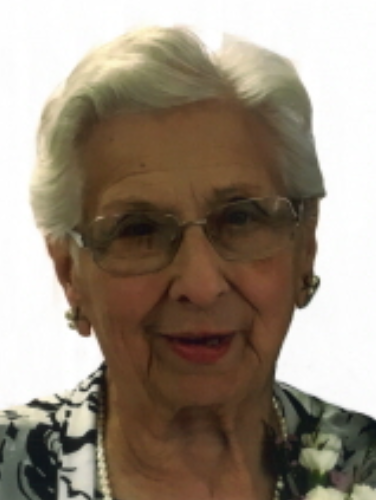 Kathryn Catilda Rizzo Zelenak, 96, of Charles City, passed away Wednesday, August 10, 2022 due to complications of a fall.

A funeral service will be held at 2:00 p.m. on Monday, August 15, 2022 at the Gospel Lighthouse Church in Floyd with Pastor Paul Phillips, Pastor Jason Buchan, and Pastor Luke Johnson officiating. Burial will follow at Oakwood Cemetery in Floyd.

Visitation will be held one hour prior to the service on Monday at the church.

She was employed by, formerly known as, Times Square Motors as a bookkeeper until her retirement. Kathryn also resided in Coupeville, Washington, Floyd, Iowa, and Green Valley, Arizona. She attended church at the Gospel Lighthouse Church in Floyd. She enjoyed watching game shows, Lawrence Welk, putting together picture puzzles, listening to Mollie B. Polka hour, and playing cards at the Senior Center in Charles City.

She was preceded in death by her husband, Robert Zelenak and brother, Salvatore of Coupeville, Washington.