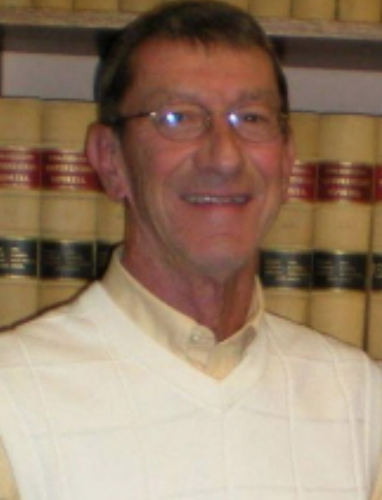 A funeral service for Ron Gergen will be held at 11:00 a.m. on Thursday, August 11, 2022 at Hauser Weishaar Funeral Home in Charles City with Sister Diana Blong from Immaculate Conception Catholic Church officiating. Burial will be at a later date at Riverside Cemetery in Charles City.

Visitation will be at Hauser Weishaar Funeral Home on Thursday, August 11, 2022 from 9:30 a.m. until the start of the service.

Ronald “Ron” Nicholas Gergen, the son of Leo and Mercedes (Schneider) Gergen, was born February 1, 1946 in Sioux County, Iowa. He was educated in Granville, Iowa at Spalding High School, graduating in 1964. Ron then attended the University of South Dakota where he met the love of his life, Cindy Davin.

Ron and Cindy were united in marriage on June 3, 1967 at Blessed Sacrament Catholic Church in Sioux City, Iowa. The couple made their home in Sioux City for a few years before being moved around the country by Ron’s employer, International Harvester. Ron worked in the accounting department before joining the sales team. This allowed the family to be moved to Omaha, Kansas City and California. They moved back to Charles City 30 years ago, and Ron began work with Allied Redi-Mix and finished his working career with Rausch Brothers out of Ionia before retiring in 2013.

Ron loved spending time with his family (especially boating on the Missouri River), attending his children’s extra-curricular activities and having quality time with the family dog, Sadie. He was very dedicated and devoted to is family, and will be missed by all those who loved him.

Ron was preceded in death by his parents and brother, David Gergen.