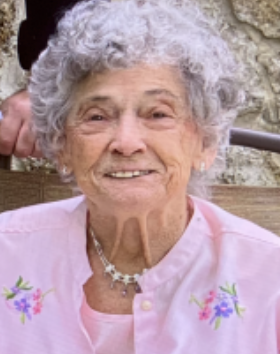 Charlotte Ruth Rush, 97, of Mason City, died on Sunday, July 31, 2022, at MercyOne North Iowa Medical Center. A funeral service will be held at 10:30 a.m. on Thursday, August 4, 2022, at First Assembly of God Church, 1301 N Carolina Ave. Visitation will be held one hour prior to the service time. Interment will be held in Memorial Park Cemetery. In Lieu of flowers memorials may be directed to the family of Charlotte Rush.

Charlotte R. Rush was born on March 19, 1925, in Mitchell, South Dakota, to parents Guy and Bessie (Slack) Bull. Charlotte and her family moved to Mason City early on in her life as her father found a job at the cement factory. On June 14, 1946, she was united in marriage to Robert Dale Rush. Charlotte had a very strong faith and enjoyed volunteering in her church. She also enjoyed singing in the Joy Group. Charlotte had a strong love for her family and her grandchildren. She enjoyed traveling and going on vacations to California, Texas and South Dakota. Charlotte was a resident of the Manor and loved being there.