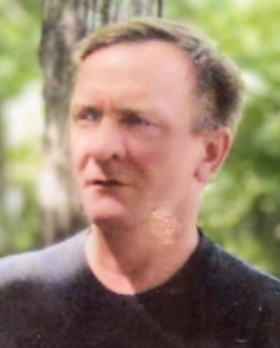 Darwin DeVries, 62, of Charles City, passed away Wednesday, July 20, 2022 at Pillar of Cedar Valley in Waterloo.

A funeral service will be held at 11:00 a.m. on Saturday, July 30, 2022 at Hauser Weishaar Funeral Home in Charles City with Pastor Rob Williams from The Bridge Church officiating. Burial will follow at Sunnyside Memory Gardens in rural Charles City.

A visitation will be held from 9:30 a.m. until the start of the funeral service on Saturday.

Darwin Dean DeVries, the son of Darrell DeVries and Sharon (Dostart) Taylor, was born on September 23, 1959 in Charles City. He received his G.E.D. Certificate in 1997. Darwin was united in marriage to Gail Walker on May 25, 1978 in Kirksville, Missouri. To this union the couple had two children, Jennifer and Dustin. The couple later separated in 2020.

Darwin first started working around 15 years old for Bachman Tiling in Elma for 10 years. In 1975 he moved to Charles City and worked with Oliver/White Farm until their closure. He then worked for Kappers Fabricating Inc in Spring Valley, Minnesota.
Darwin loved being outdoors fishing, farming, and watching the birds. He enjoyed painting and working on cars. Every Sunday you would find Darwin watching NASCAR outside around the campfire drinking Schmidt Beer. Above everything in Darwin’s life, he loved his grandchildren and spending time with his family.

He was preceded in death by his father, Darrell DeVries; brother, David DeVries; and grandparents: Onnie & Minnie DeVries and Gerald Dostart & Elaine Hollar.