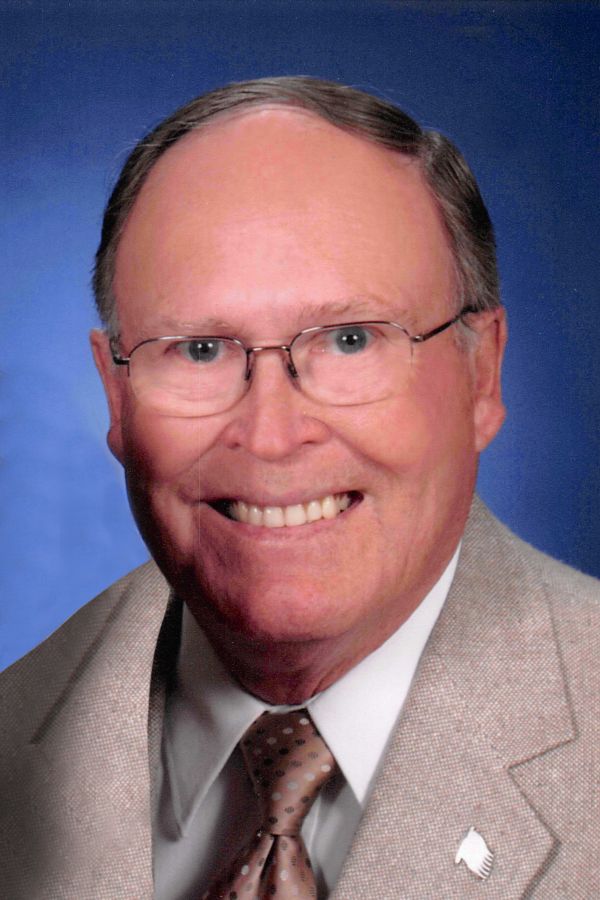 John Dennis Diekmann was born August 25, 1929 in Wesley, son of Fred Sr. and Grace (Johnson) Diekmann. He grew up in Wesley and graduated from Wesley High School. On January 4, 1951, John enlisted in the United States Air Force and was stationed in San Antonio, TX. He was honorably discharged on December 16, 1954.

On June 6, 1958, he was united in marriage to Joan Radil at the First United Methodist Church in Algona. They resided in Algona.

John was a postal worker for the U.S. Post office. He retired in 1986.

John enjoyed baseball and was an avid St. Louis Cardinals fan since the age of 7. He also enjoyed golf and belonged to the over 50 golf tour with his golfing partner, Marv Miller for over 25 years. John loved woodworking and was a member of the Algona Lions Club, the First United Methodist Church, and the American Legion Hagg-Turner Post #90 for over 65 years.

Preceding him in death are his parents; wife, Joan in 2021; daughter, Sheri Shimon; and brother, Fred Diekmann Jr.