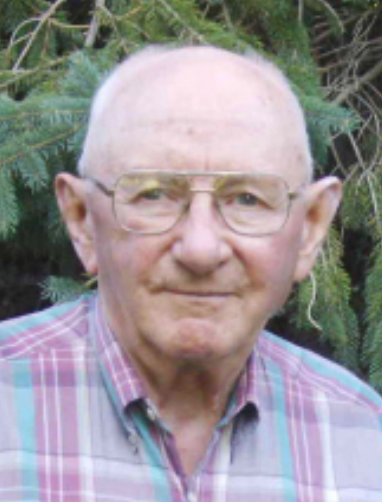 Graveside services will be held at 2:00 p.m., Wednesday, August 10, 2022, at the Iowa Veterans Cemetery in Adel, Iowa. There will be no visitation.

Donald Dean Tegtmeyer, the son of Carl and Hannah (Amerson) Tegtmeyer, was born September 15, 1928, on a farm north of Woden. He attended school at Woden until the 8th grade and then began working construction for Herman Buns in Woden and Britt. Don served his country in the U.S. Army during the Korean War from October 15, 1952 to August 7, 1954. At the time of his honorable discharge, he achieved the rank of Sergeant and was awarded the Silver Star and Purple Heart. On December 12, 1958, he married Anna Folkerts at Ramsey Reformed Church near Titonka. They lived in the Woden area until 1968, when they moved into Britt. Don continued to work for Buns Construction and later was employed in the maintenance department at Westview Care Center in Britt. Don enjoyed gardening and spending winters in Texas.

He was a member of First Lutheran Church and the Woden American Legion.

He was preceded in death by his parents; wife, Anna, April 17, 2020; a sister, Frances Swanson; two brothers, Kenneth and Harvey Tegtmeyer; and two brothers-in-law, Roger Brady and Lawrence Swanson.