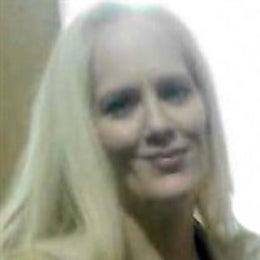 A funeral service will be held at 1:00 p.m. on Tuesday, June 21, 2022 with a one hour prior visitation at Fullerton Funeral Home, 123 2nd St SE, Mason City, IA. Pastor Dennis Burns will be officiating.

Kristen was born on October 6, 1978 in Stockton, CA to Andrew Burgin Sr. and Debra (Bottini) Burgin. She graduated from the class of 1997 at Amos Alonzo Stagg High School, where she enjoyed playing softball and volleyball. Kristen was a CNA and then continued her education and earned her LPN license in 2014. She worked as a CNA and LPN for Good Shepherd Nursing Home in Mason City for 15 years until becoming ill and unable to work. On March 29, 2008 Kristen was united in marriage to the love of her life and soulmate Christopher Etten. Kristen was the mother to four beautiful children: Alisha, Keith, Jennica and Alana. She loved spending time with her family and family trips. Her hobbies included riding her motorcycle, spending time with friends and going to her favorite vacation spot, Lake Okoboji.

In expression of sympathy, memorials may be made to any cancer research organization or Kristen Etten Memorial Account at Cent Credit Union in Mason City.