FAYETTE COUNTY – A convicted Northern Iowa sex offender on pre-trial release allegedly committed another sex crime while on the loose.

Duffield, who is currently a convicted sex offender and is on pretrial release to the Department of Correctional services on a Criminal Mischief 2nd degree was also found to be noncompliant with the state sex offender registry by not living at his registered address. Duffield was arrested on April 18, 2022 and charged with the following crimes: 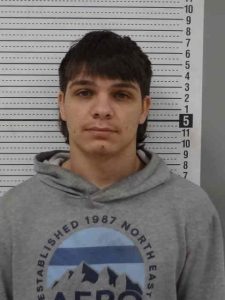