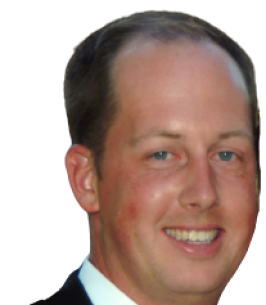 Corey graduated from Estherville High School in 1991 where he was inducted in the national honor society, played on the baseball team and played trombone. He then graduated from Iowa State University with a degree in Journalism. Corey was employed as a sports reporter with the Omaha World Herald for many years. Being a diehard Cyclone fan, having to report on the Huskers brought him great grievances. He then wrote for One Magazine.

In 2012 he moved to San Diego, California and attended San Diego Golf Academy. After being exposed to the golfing community, he began writing a blog and promoting many popular golf courses, including Torrey Pines. While living in California he was awarded the 2014 Media Award from the Southern California Golf Association San Diego Chapter. Corey’s passion in life was sports, he loved to follow college and professional sports. He would often like to give his replay of football games from days gone by and reminisce about Vikings teams that should have been in the Super Bowl. Over the past three years, Corey moved around a bit trying to find that place to call home.

Corey was a very independent person. He knew what he wanted in life and was trying hard to obtain it. He was a member of the United Methodist Church.

Corey is survived by his brother Alan (Jen) Ross of Estherville and their children Paige, Lane, and Lauren Ross and his sister Linda Kay Ross of Concord, CA. He will be greatly missed by many aunts, uncles, cousins, and extended family members.

Corey is preceded in death by his parents, grandparents, cousins Bob Hoffman and John R. Klingbeil, and Aunt Bonnie Hoffman.