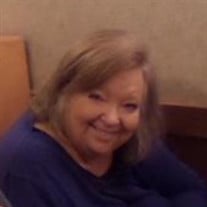 A visitation will be held on Thursday, March 24, 2022 from 4-7 p.m. at Fullerton Funeral Home, 123 2nd St SE, Mason City. A funeral service will be held at 10:30 a.m. with a one hour prior visitation on Friday, March 25, 2022 at Open Bible First Church, 509 S 17th St, Clear Lake. Pastors Will and Joyce Hunsaker will be officiating and burial will follow the service at Memorial Park Cemetery in Mason City.

Debbie was born on June 24, 1955 in Mason City, IA and raised the daughter of William Dodd Sr. and Mary Ann Dodd. She graduated from Mason City High School in 1973 and a year after graduation she married her high school sweetheart, Louis DeMaris on July 27, 1974. The couple had almost 48 wonderful years together.

Debbie was a certified nursing assistant and did at home health care for almost 25 years. She was employed by Good Shepherd Health Center and hospice in Mason City. Debbie also graduated from La James College of Hairstyling and worked as a hairdresser at Hair West in Clear Lake for a few years.

Debbie’s most important role throughout her lifetime was being a mother and grandmother. She became a caretaker of her siblings at a young age and that caretaking molded her into the mother and grandmother she became. She loved her grandchildren dearly and helped take care of them and raise them as her own. Debbie was known fondly as “Granny.”

Debbie had a strong faith and loved her church and church family. She had a beautiful singing voice and sung in the “Worship Team” at Open Bible First Church. Debbie loved music, singing and reading.

She was preceded in death by her parents William Dodd Sr. and Mary Ann Dodd, grandparents Virgil and Velma Dodd and brother Dennis Dodd.