Today’s victory was Iowa’s third straight over Nebraska in the series and ninth consecutive over the Huskers inside Carver-Hawkeye Arena.

The Hawkeyes have scored 90+ points against the Huskers in five of the last six contests, dating back to 2019.

Keegan Murray netted 24 of his game and career-high 37 points in the first half. The 37 points are the third highest total by any men’s basketball player in Carver-Hawkeye Arena history (45 by Brian Quinnett of Washington State in 1986; 41 by Iowa’s Luka Garza in 2020).

Sophomore Keegan Murray has tallied 30+ points four times, the most by any underclassman in a single season in program history. Murray has scored 20+ points a team-best 16 times and 25+ an NCAA-best 11 times this season.

Keegan Murray scored a combined 67 points in two games this weeks (30 at Maryland; 37 vs. Nebraska).

Iowa outrebounded Nebraska, 41-35, improving to 14-0 when outrebounding its opponent this season.

Iowa improved to 13-2 at home this season.

Payton Sandfort netted 12 points, the most points by the true freshman in a Big Ten game.

The Hawkeyes have scored 50+ points in the first half each of the last two games (57 at Maryland; 53 vs. Nebraska).

Iowa posted 15-0 and 11-0 scoring surges in the half, marking the 18th and 19th times the Hawkeyes recorded scoring runs of 10-0 or better this season. 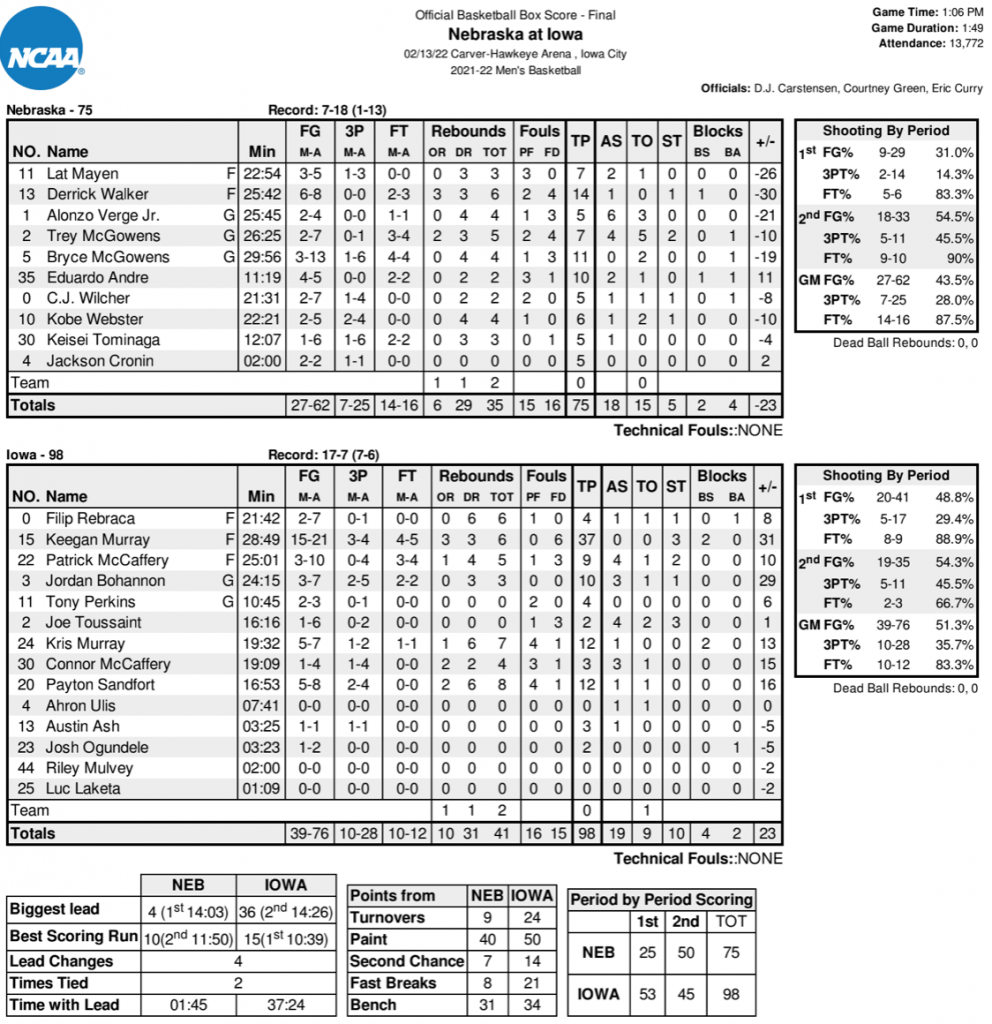