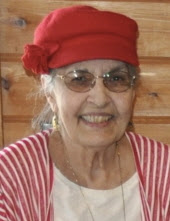 Faye E. Paulus, 75, of Floyd, Iowa, passed away on January 21, 2022 at the Floyd County Medical Center due to pneumonia complications associated with COPD.

Visitation will be from 5:00 to 7:00 p.m. on Friday, January 28, 2022 at Hauser Weishaar Funeral Home in Charles City and will continue one hour before the service at the funeral home on Saturday.

Faye Ellen Stiles was born on June 30, 1946 to C. Dale Stiles and Clover Anderson Stiles at the Charles City Hospital. Faye graduated from the Charles City High School in 1964. After high school she studied as an English major at Upper Iowa University in Fayette.

Faye married David Paulus in Charles City on March 14, 1981. They have two children: Jake and Nolan.

Faye retired from Kraft Foods in Mason City, IA after 20 years of making pudding for America. She had previously worked as a telephone operator for Pacific Bell and as a legal secretary. She enjoyed digging in the dirt (gardening), hummingbirds, collecting dozens of hats, and hundreds of camels. The camel is a symbol of sobriety and Faye had recently celebrated 35 years of sobriety; she was very active in helping others in their recovery. She made friends easily and had many of them. Faye was very organized and enjoyed keeping records and organizing. She was a Mini Cooper enthusiast and owned the first Mini in north Iowa.

Faye was preceded in death by her parents, C. Dale and Clover Stiles; and her only brother, Richard Stiles.