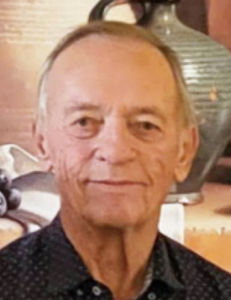 Philip Charles Boehnke, the son of Arthur and Lillian (Hollatz) Boehnke, was born November 30, 1938 on the family farm east of Garner. He was baptized and confirmed at St. John’s Lutheran Church. Philip went to St. John’s parochial school through 8th grade. He graduated from Garner High School in 1956 where he was active in FFA, winning the Iowa Farmer award. He continued his education at Mason City Junior College, now NIACC. He served in the United States Army and Army Reserves. He was a lifetime member of St. John’s Lutheran Church serving as a deacon and a trustee.

After college, he returned home to farm with his family. On February 15, 1969 he married Sharon Sue Nucko at Cedar Crest Methodist Church in Bloomington, MN. They lived northeast of Garner where they farmed and raised their children. He loved farming and took pride in stewardship of the land. He had a passion to innovate and to continually improve his farming practices. In addition, Philip sold Pioneer Seed where he enjoyed helping his customers and cared about their success, winning numerous sales awards. He also served on the Beef Producers Board.

He was curious and inquisitive about the world. He loved to meet and talk to new people and to travel and experience new places. He was an avid reader of newspapers, farming magazines, and Louis L’Amour. At home, you would find him playing cards, watching the Vikings or Gunsmoke, and visiting with his beloved grandkids. His warm personality, generosity, and great sense of humor made him a friend to many.

He was preceded in death by his parents;brother, Robert (Karen) Boehnke; brother-in-law, Carl Chiko; and a niece, Mary Graham.