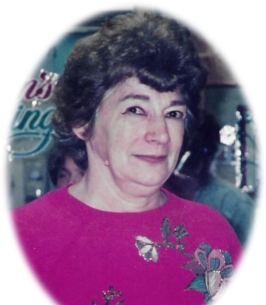 Shirley Ann Walders, the daughter of Edwin and Helen (Enger) Janssen, was born April 4, 1937, on her grandparent’s farm near Cylinder, Iowa. She departed this life on Saturday, January 8, 2022, at Aspire in Lake Park, Iowa where she had resided for the last 10 years, at the age of 84.

Shirley graduated from Rodman High School in 1955. She enjoyed 4-H and basketball during her school years and was even selected for one of the Girl’s All State basketball teams in her senior year. She then attended Iowa State Teachers College, now known as University of Northern Iowa, and received her Bachelor of Arts and teaching certificate in 1958, completing her college education in just 3 years. Shirley taught Home Economics in the towns of Westbrook, MN, Bode, IA , Rock Valley, IA and in Ringsted, IA during the course of her teaching career.

As a young adult, Shirley enjoyed traveling the United States with her girlfriends and her sister Carol. She nearly completed her goal to visit every state. A highlight of her traveling adventures was a six week “Teachers Tour”, which took her through eight European countries. In addition to traveling, Shirley was an avid reader and also enjoyed sewing and gardening.

On November 27, 1963, she was united in marriage to Gerald Walders at St. Paul’s Lutheran Church in Whittemore, IA. They made their home on their farm in rural Armstrong, IA. They were married for 40 years, until Gerald’s death in 2003. They had one daughter, Lori.

She was a member of Nazareth Lutheran Church in Armstrong.

She has been preceded in death by her parents, husband, and brother-in-law, Jim Tollefson.