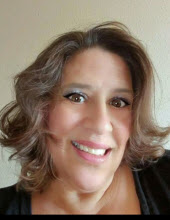 A celebration of life service will be held at a later date.There will be no visitation.

Sherrol Anne Gatchell, the daughter of Joseph and Felicia (Wright) Gribbon was born June 8, 1964 in Cape Town, South Africa. She graduated from high school in Cape Town and continued her education at a local college. Sherrol worked as a steno clerk at a military hospital near Cape Town. In 2011, she moved to the United States where she met Michael Joseph Gatchell. They were married on October 26, 2011 at Michigan City, IN. Sherrol rode with Mike trucking across the country for three years. They lived in Indiana and Virginia, IL until moving to Garner in 2016. Sherrol then remained at home taking care of their three cats while Mike drove for IMT Transport in Garner.