Iowa man guilty of selling meth at Boys and Girls Home, sent to prison for 70 months

SIOUX CITY – An Iowa man who conspired to distribute methamphetamine was sentenced January 5, 2022, in federal court in Sioux City.

At the hearings, evidence showed that on or about December 2, 2019, Walking Eagle had a discussion with another individual regarding the sale of meth. Walking Eagle instructed the individual to travel to the Boys and Girls Home parking lot in Sioux City, Iowa to meet with a coconspirator who would provide the methamphetamine. Law enforcement then apprehended the coconspirator at the Boys and Girls Home as he was waiting to distribute the methamphetamine.

Sentencing was held before United States District Court Chief Judge Leonard T. Strand. Walking Eagle remains in custody of the United States Marshal until he can be transported to a federal prison. Walking Eagle was sentenced to 70 months’ and must serve an 8-year term of supervised release following imprisonment. There is no parole in the federal system. 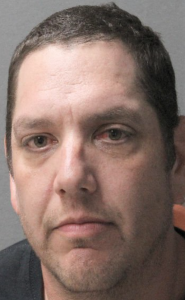 9 Responses to Iowa man guilty of selling meth at Boys and Girls Home, sent to prison for 70 months