In total, five Cyclones finished in double figures, led by a 29-point, 11-rebound performance from Ashley Joens, marking her 38th career double-double. Beatriz Jordão tied her season high with 14 points, while tying her career-high with three assists. Lexi Donarski added 14 points, while Morgan Kane chipped in 10 points off the bench.

Emily Ryan had another tremendous performance at the point, recording her second-straight double-double with 10 points and 16 dimes. She finished just one rebound shy of a triple double with nine boards. Her 16-assist performance tied the ISU school record, set by Lyndsey Medders on Dec. 30, 2005 against IPFW. Her 16 dimes also set a new career high for the second time in as many games, following a 15-assist performance in ISU’s last game against Prairie View A&M.

The Cyclone post players had a day in the second quarter, as Kane and Jordão combined for 10 of ISU’s 26 points in the second quarter. Overall, Iowa State was as efficient as ever, going 10-of-16 (62.5%) from the field, assisting on seven of its 10 made baskets in the quarter. By halftime, the ISU lead had grown to 48-30, as all eight Cyclones seeing game action had scored for ISU.

The West Virginia offense would begin to click, shooting 64.3 percent from the field, but Iowa State would match the Mountaineers hot shooting beginning with 14 points from Ashley Joens off 5-of-6 shooting. Jordão added six points off 3-of-3 shooting with the Cyclones finishing 11-of-18 from the floor as a team. ISU closed out the quarter with a 77-58 lead it would not relinquish, rolling to an 88-72 win to open league play. 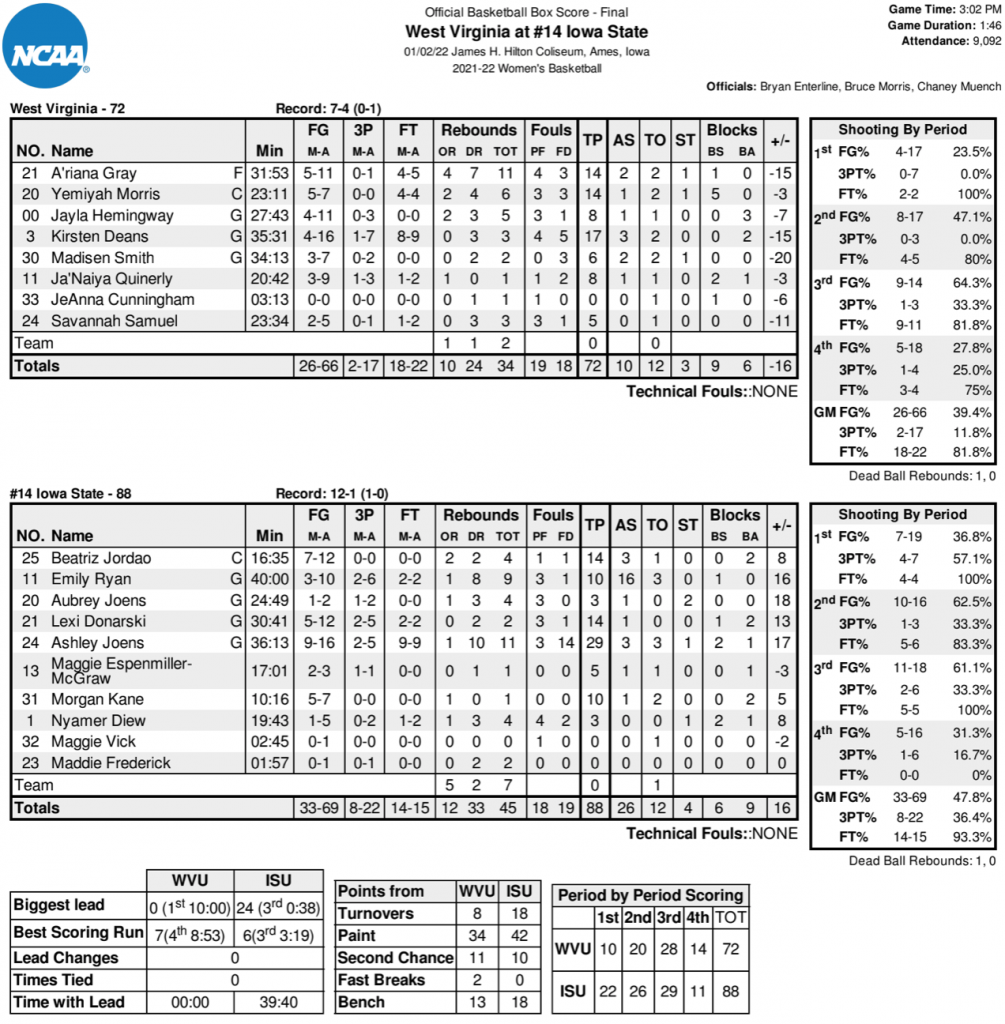