CEDAR RAPIDS – A twice-deported illegal alien from Mexico was busted living in Waterloo and sent to federal prison for a year.

Gabriel Marceleno-Lopez, age 29, a citizen of Mexico illegally present in the United States and residing in Waterloo, Iowa, received the prison term after a guilty plea on July 28, 2021, to one count of illegal reentry into the United States after having been deported following a conviction for an aggravated felony.

In May 2021, Marceleno-Lopez came to the attention of immigration agents following his arrest for Harassment of a Public Official and Interference with Official Acts in Black Hawk County, Iowa. These charges are still pending in state court.

Marceleno-Lopez is being held in the United States Marshal’s custody until he can be transported to a federal prison. 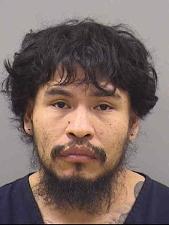