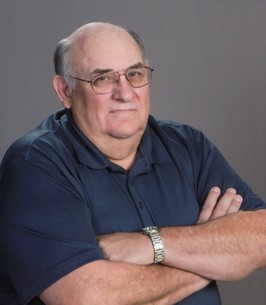 Steven Robert Larsen was born May 28, 1951 to Harvey and Noradel (Dotson) Larsen in Estherville, Iowa. He died on Monday, December 6, 2021 at the Kossuth Regional Health Center in Algona, Iowa.

Steven graduated from Swea City High School in 1969 before attending and graduating from UNI in 1973. Steven married Sandra Paul on August 19, 1972 in Swea City, Iowa. The couple made their home at the family farm in rural Swea City where they raised their three children. They moved into Swea City in 2007.

Steve farmed with his dad until Harvey retired and he took over the family farm. He also worked as a crop adjuster for Farm Bureau and later Rain and Hail for over 30 years.

He was a life long member of Immanuel Lutheran Church in Swea City and active in the Swea City Betterment Club. In his free time, Steve enjoyed golfing, fishing and watching his beloved Iowa Hawkeyes. Most importantly he loved spending time with his grandchildren.

He was preceded in death by his mother, Noradel (Dotson) Larsen; brother, Leroy Larsen, and his mother-in-law, Evelyn Paul.