Gabe Kalscheur (MVP) and Izaiah Brockington were named to the all-tournament team.

Iowa State has won five of its last eight preseason tournaments (did not play a tournament in 2021-22).

The Cyclones defeated back-to-back top-25 opponents for the first time since March of 2019.

Gabe Kalscheur (30 pts vs. Memphis) and Izaiah Brockington (30 vs. Xavier) are the first Cyclone teammates to have 30 points in back-to-back games since Jeff Grayer and Lafester Rhodes in 1988.

ISU matched its season highs for free throws made (22) and attempted (33).

The Cyclones have held four of six opponents to 60 points or less…no opponent has shot better than 44 percent this season.

Led at the half for the fifth time this season (5-0 when leading at the half).

Izaiah Brockington
Earned a spot on the All-Tournament Team.

Reached double figures for the second time this season.

Reached double figures for the fourth time this season and the 45th in his career.

8th career game with 20+ points and first as a Cyclones…second career 30-plus point game. *Matched his career-highs with eight rebounds and five steals.

Iowa State hosts Arkansas-Pine Bluff on Wednesday at Hilton Coliseum. Tipoff is set for 7 p.m. and will be available on Big 12 Now on ESPN+. 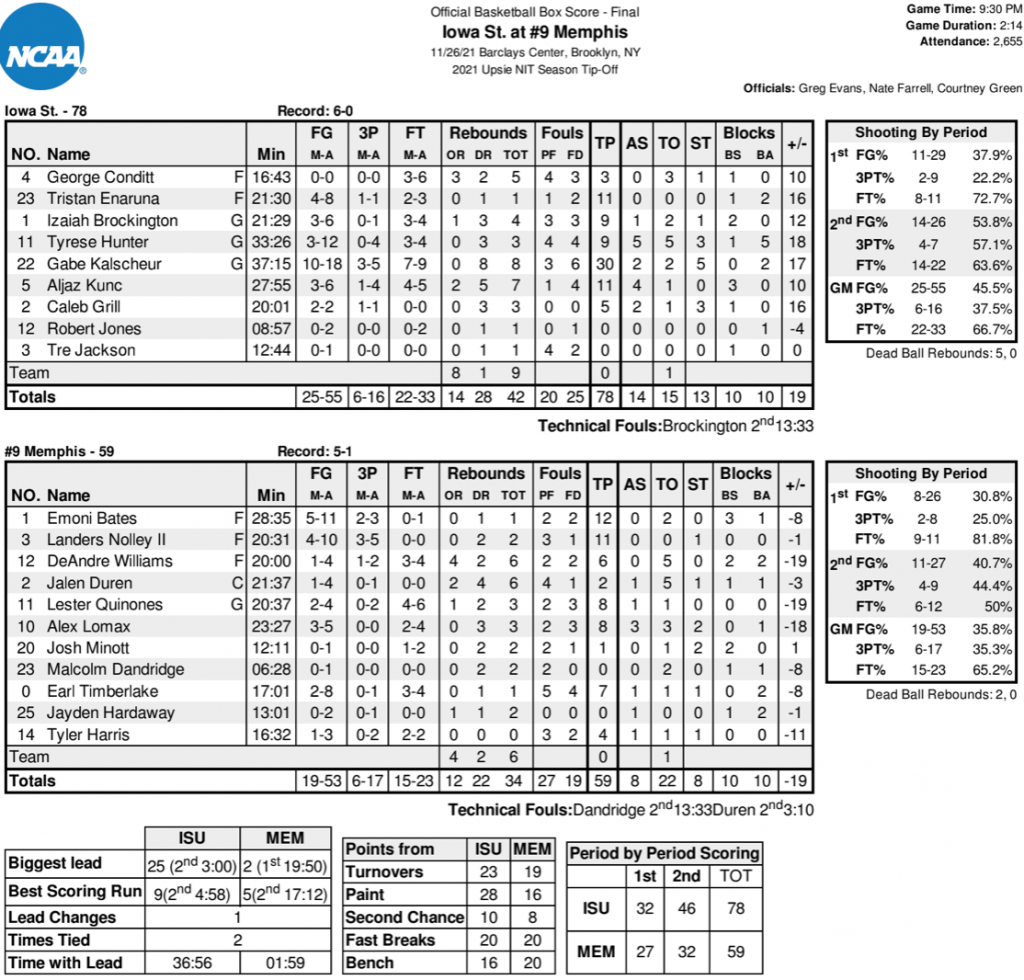