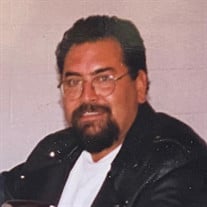 Visitation will be one hour prior to the service at the funeral home.
Steve was born September 2, 1961, the son of Rodolfo “Rudy” and Helen (Flores) Ibarra in Mason City. He married Cheryl Ray Demeree on August 31, 1991, at the First Congregational Church in Mason City. She preceded him in death on January 28, 2000.

Steve grew up in and attended school at Mason City; he enlisted in the United States Marine Corps following high school in 1978. While serving, he was an E-3 Lance Corporal, Military Police for two years, and a Machine Gunner for two years. He earned two meritorious medals and two letters of appreciation before his honorable discharge in 1982. Following his time in the military, Steve attended Dakota County Technical College where he earned an electrical lineworker degree. He worked as a lineman for the Burlington Northern Santa Fe Railroad based out of Superior, WI. He later worked various construction jobs in North Iowa while also managing his own rental properties. Steve was a member of the NRA, IBEW, and American Legion.

Frequently hunting, fishing, boating, and camping, Steve enjoyed the outdoors. He took especial pride of his activities as an outdoorsman. Over the years he would make countless pleasant memories hunting and fishing with his father, family, and friends. He also cherished any opportunity to ride his Harley-Davidson motorcycle with his loving wife, Cheryl.